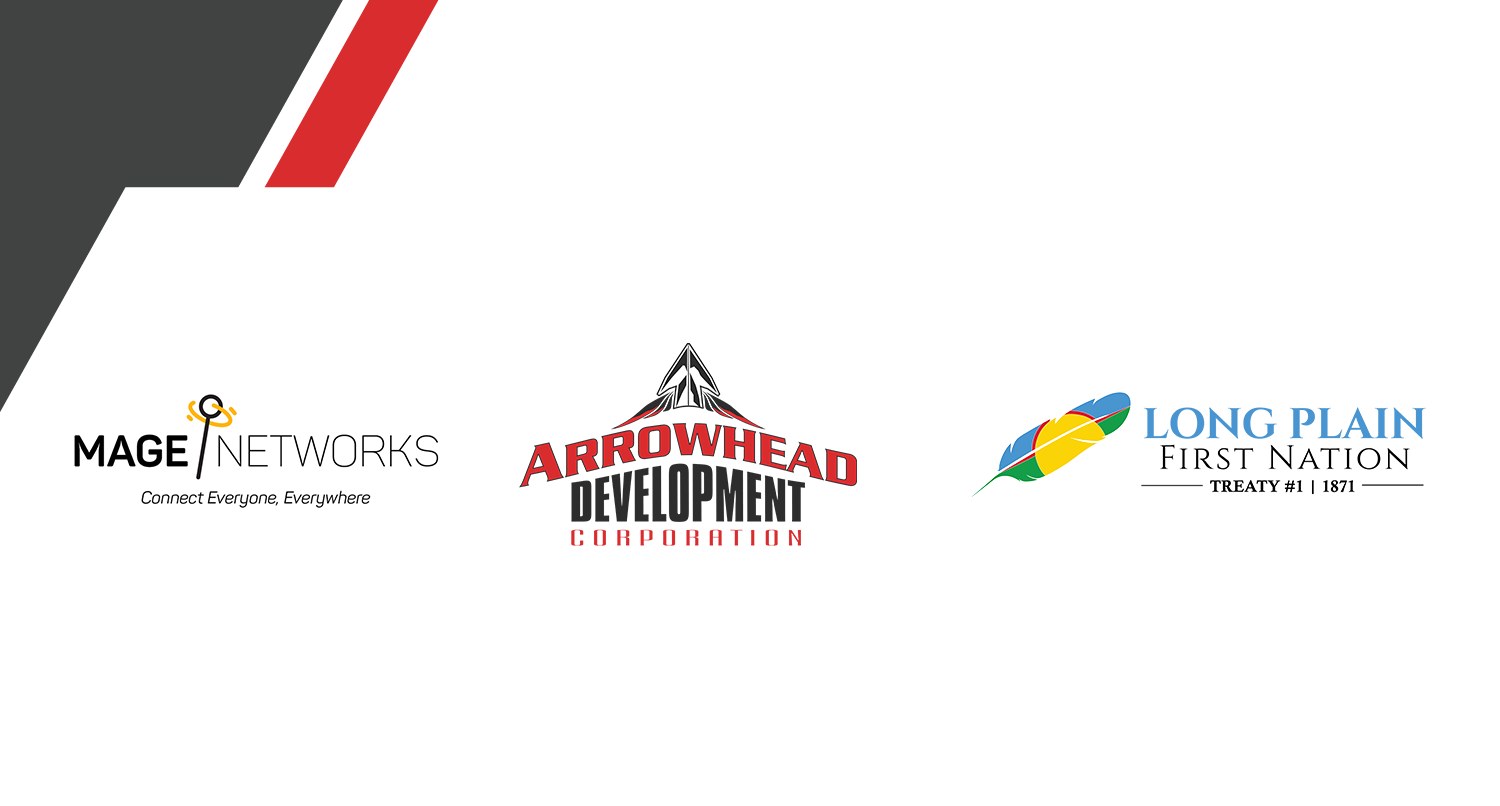 Access to high-speed internet long ago moved from being a nice-to-have to being an essential tool for business, communities, governments and educators.  “This past year has shown all Canadians just how important it is to be able to connect to the internet—for shopping, for school, for banking and a host of other issues,” said Long Plain Chief Dennis Meeches.  “This is a fact of life that many indigenous communities across Canada, including Long Plain First Nation have had to deal with because our communities had never been connected to the web.”

Calgary’s Mage Networks entered into a joint venture with the Long Plain First Nation through its Arrowhead Development Corporation in 2020 in order to plan and develop a data pipeline network on Nation’s territory at Long Plain Reserve No. 6 that will see over 400 residents gain access to internet access with upload and download speeds of at least 100 mbps.

“Mage Networks is very excited to be able to partner with the Long Plain First Nation to be able to develop and deploy this critical technology infrastructure for the members of Nation” said Dr. Sisso El-Hamamsy, President and CEO of Mage Networks.  “Our MagiNet™ technology is perfectly suited to a project like this one at Long Plain First Nation, it provides for a data pipeline that can provide access to each residence on the Nation without the need for and cost associated with fibre installation to each building.”

The network will use data pipelines in a series of short hops, where the locations are strategically selected to distribute the data from central locations. Those data pipelines which are designed specifically for each network and can include fibre and wireless components, carry multiple signals in multiple directions, intelligently choosing whichever routes will avoid obstacles and interference with other data pipelines. The data automatically zips on and off wired and wireless connections to maximize efficiency.

Final network planning is almost complete and construction and installation of the network is expected to begin this month with residents being able to access high-speed internet within the next several weeks. 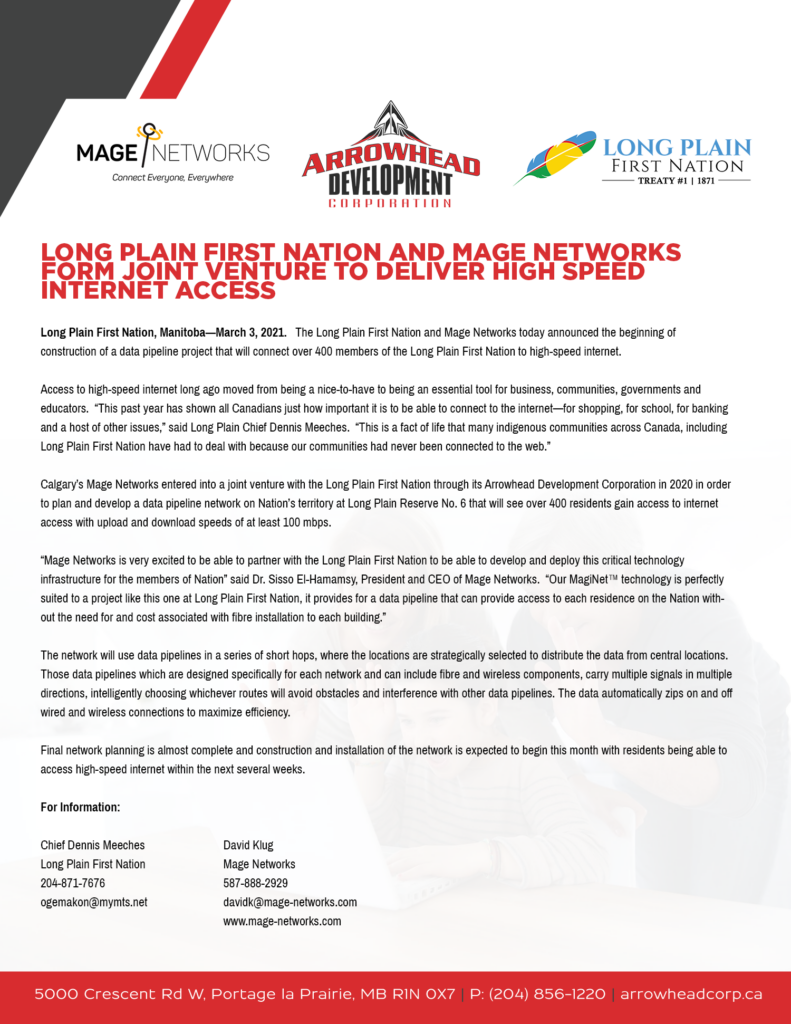