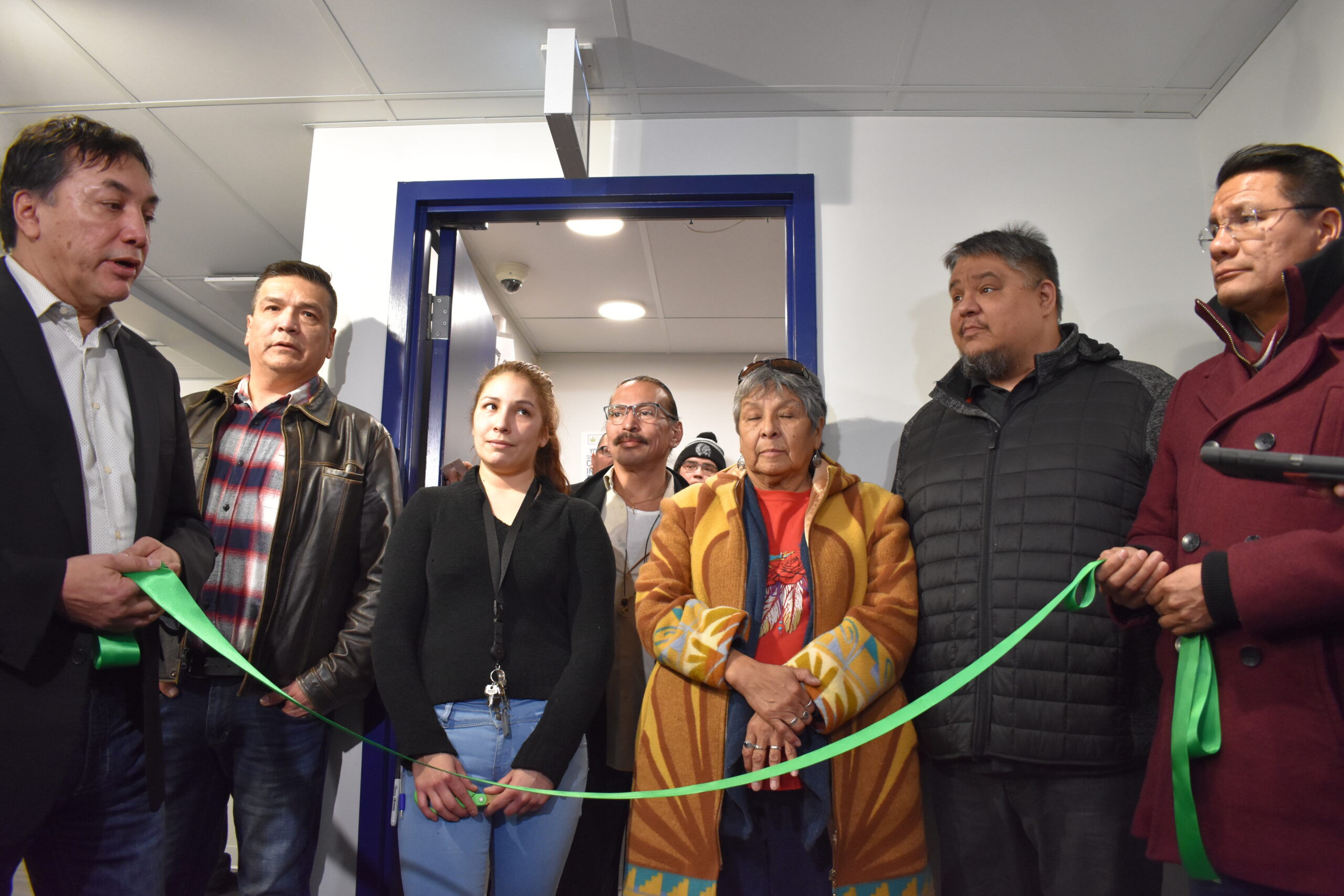 Winnipeg’s newest pot shop has officially opened its doors — and it’s the first to open on an urban reserve in the city.

The shop — located at 420 Madison St. (and yes, that cannabis-culture related number really is the address) — is the third First Nations retail pot store launched with National Access Cannabis.

The First Nation owns 51 per cent of the store, with the other 49 per cent owned by managing partner National Access Cannabis​.

Meeches said the partnership has been good for Long Plain’s economy.

“We’re going to see a lot of transformation when it comes to Indigenous economies,” he said.

The urban reserve locations are open to everyone, and treaty status is not needed to make purchases, said Meeches.

Cindy Allard, who manages Long Plain’s Winnipeg urban reserve, was the first customer to buy pot at the new store.

She said it was the first time she’s purchased legal cannabis and, after paying $56 for four grams, she said she’ll have to wait and see if the price point is fair.

The retailer isn’t growing product itself. Instead, it’s getting the cannabis from licensed growers.

Meeches said the current Madison Street location is only a temporary spot for the Meta store.

The First Nation has plans to eventually build a hotel, convention centre and commercial complex at the urban reserve site and, when that happens, Meeches says the shop will move into the new digs.